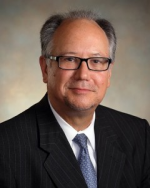 Mr. Wenger joined the firm in 1982 after serving for nearly three years as counsel for the State Medical Board of Ohio.  His practice areas include wrongful death and personal injury litigation, insurance defense, probate and business litigation, domestic relations and family law, and mediation. He is also involved in bar association activities, and in 1996 was a member of the Ohio State Bar Association’s Special Committee on Civil Justice Reforms.  Mr. Wenger is quite active in the community, having served in many civic and volunteer positions.

Mr. Wenger and his wife reside in Heath and have three grown children.