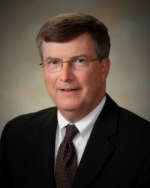 Mr. Nelson has been with Reese Pyle Meyer since 1992.  He has a varied civil litigation practice, including business and collection litigation, foreclosures, and defense of personal injury cases.  He helps individuals and couples with adoptions in the Probate Court, and assists creditors in Bankruptcy Court.

He is active in the Newark Kiwanis Club (President, 2008-09) and the Historic Hudson Community Association. Mr. Nelson likes to spend spare time outdoors, sailing and camping with his family.