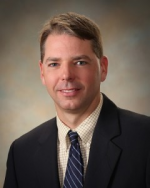 Mr. Reed is a native of Newark and has been with the firm since 2003. He received his B.A. from Wittenberg University in 1997 and received his law degree from the Ohio Northern University Pettit College of Law where he graduated with distinction in 2000. After law school, Mr. Reed served as a law clerk to the Honorable Gregory L. Frost in the Licking County Common Pleas Court. Mr. Reed’s practice is concentrated primarily in the areas of general civil litigation, collections, family, and juvenile law. Brian enjoys spending time with his wife, Shani.