The Loss of a Legend, Remembering J. Gilbert Reese

On November 20th, 2018 the firm’s founder, J. Gilbert Reese, passed away at 93 years old. Mr. Reese was the  driving force in the development of the firm we now call Reese Pyle Meyer PLL. His legacy as both a philanthropist and an attorney has left a mark on Licking County for future generations to follow. Our thoughts and prayers are with the Reese family at this time. 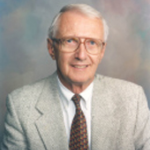 In the words of Chris Meyer, “He was a man of great vitality, larger than life and impossible to forget. He seemingly thought of other people all of the time.” While we mourn the loss of a legend, we hope that you take time out of your day to put others first. We can all help promote the legacy of one of our own local heroes.

Former Partner Rob Drake and current managing Partner Chris Meyer came together to publish the letter posted below sharing their experience with Mr. Reese and the impact his legacy has had on the firm.

We, along with Jim Pyle, had the good fortune to be brought to Newark as young men by Gib Reese to join him in his expanding law practice. The entire community knew him as and benefitted from his vision as a philanthropist.  We knew him in a more personal way, and wanted to share just a few of the memories and lessons learned from our combined 85+ years of partnership and friendship with Gib.

Gib, first off, was a very fine lawyer, deeply schooled, scrupulously ethical, thorough and meticulously careful in his areas of practice. He was a patient teacher as he instructed us in the best practices which we should follow in our legal careers.

He taught us the way to practice in a community which meant so much to him. Every client, regardless of means, was to be treated with respect and was to receive the same level of attention and quality of legal work. He expected us to become actively involved in the community. Gib told us that the community supported us and that therefore we had to give back of our time and support the community.

Gib was always fair to the people who came to work with him, both financially and intellectually. He early on gave us considerable responsibility to deal with his clients and he stood behind us, never second guessing, the work which we did. He helped each young lawyer who came to our firm to find the areas of law practice which were best suited to the particular skills which that person had. Those areas were not always what we expected them to be, but his judgment proved to be sound.

He led by working longer and harder than anyone else. His aphorism was that between eight and five you made your bread and butter, but after five you made the jam.

He loved to learn and use new machines. Many people remember his motorcycles, but we also remember his fascination with his first four function pocket calculator, bought for $200 in New York City in 1972, and a long evening spent marveling at its (now) simple skills. When speaker phones first became available Gib loved to talk that way, and as his voice carried through our then one floor office we referred to it as a broadcast on WJGR.  Gib used the first computer in the law firm and then appeared in our offices with computers, set them on our desks, and told us we had to learn to use them in order to practice law successfully. He was correct about that also.

We cannot count the number of lunches shared with him (primarily at the Natoma) or the long conversations in the dusk of winter evenings about law, history (we learned never to make bets with Gib about history – although five cents was his maximum – as he always won), Newark, Licking County, the state of the world or life in general. His warmth, humor, engaging manner, intellectual curiosity and collegial attitude encouraged us when we came and enriched our lives as we spent our careers working with him.  Newark, and we, have lost a true champion.

By Reese Pyle | Published December 6, 2018 | Posted in Uncategorized | Comments Off on The Loss of a Legend, Remembering J. Gilbert Reese